Counterfeit pills laced with fentanyl already are in Northeast Ohio

Counterfeit pills laced with fentanyl already are in Northeast Ohio 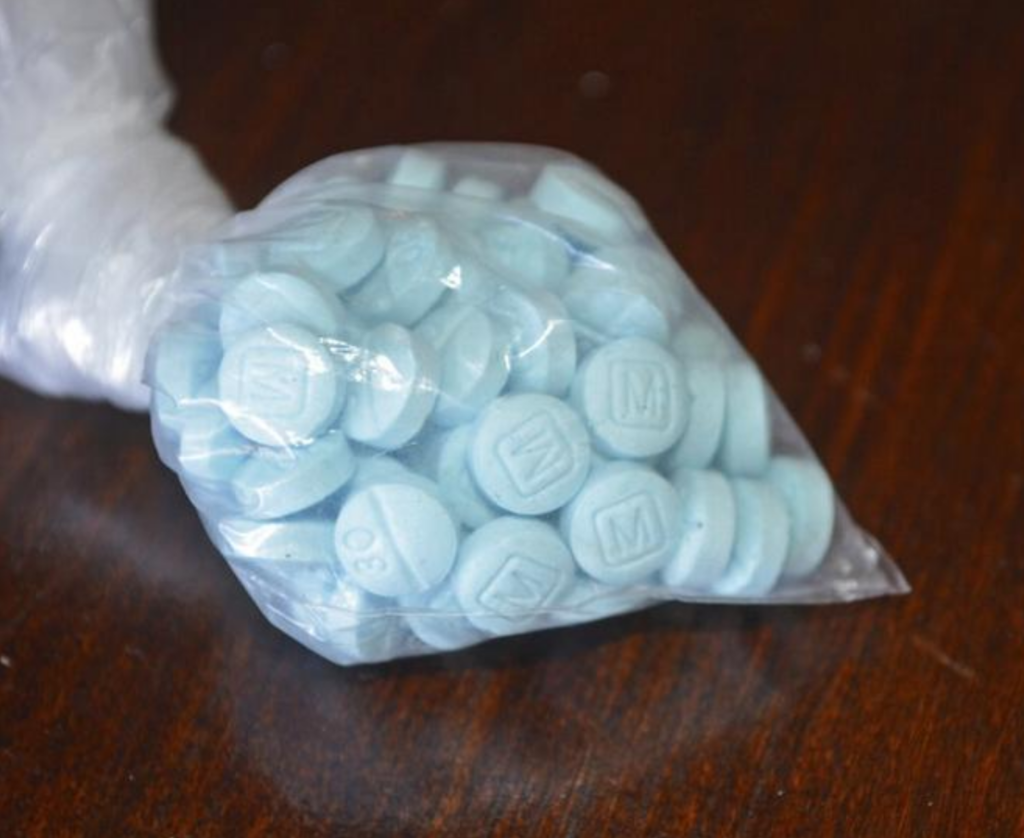 The federal Drug Enforcement Administration recently put out a warning about prescription pills made in Mexico which contain fentanyl. A recent bust occurred in Cleveland where the pills turned up. Though local drug task force officials say they haven’t seen them yet in large quantities, they expect they will soon.

The little blue pills look like the real prescription drug and that’s what makes them so potentially deadly.

The blue pills, which are being illegally sold as the painkiller oxycodone, might actually contain traces of fentanyl — a dangerous synthetic opioid.

The federal Drug Enforcement Administration recently issued a warning that Mexican drug cartels are flooding the Midwest with counterfeit prescription pills made in Mexico.

A sampling of tablets seized between January and March 2019 found that 27% of them contained potentially lethal doses of fentanyl, the DEA says.

“The poisonous pills are made so well, it takes a chemist to determine if a pill is laced with fentanyl or not,” said Keith Martin, the special agent in charge of the Detroit field division, which also encompasses Ohio.

Law enforcement agencies in the Cleveland area in September arrested 10 people, accusing them of being responsible for large shipments of fentanyl that were stamped into pills, heroin, cocaine and other drugs from Mexico.

The accused leader of the gang under federal indictment is Jose Lozano-Leon, 41, a Mexican citizen.

“He has come to this country illegally and allegedly made his living selling the same kind of drugs that are killing our friends and neighbors. He is an importer of pain and will be prosecuted accordingly,” said U.S. Attorney Justin Herdman, of Cleveland.

Lozano-Leon actually was deported in 2017, but returned. He pleaded guilty to a charge of illegal re-entry in October 2018 and received an 18-month prison sentence, which he began to serve this year.

Federal authorities said Lozano-Leon was directing his drug trafficking empire from behind bars. The new federal charges accuse him of using a smuggled cellphone to strike deals while in his private, medium-security prison cell at the Northeast Ohio Correctional Center in Youngstown.

Known as the Lozano drug trafficking organization, the group specialized in the fake oxycodone pills, which sometimes would have a touch of fentanyl, the DEA says. They are also accused of importing from Mexico heroin, methamphetamine, cocaine and marijuana.

Uttam Dhillon, acting administrator of the DEA, said that counterfeit pills containing fentanyl and fentanyl-laced heroin “are responsible for thousands of opioid-related deaths in the United States each year.”